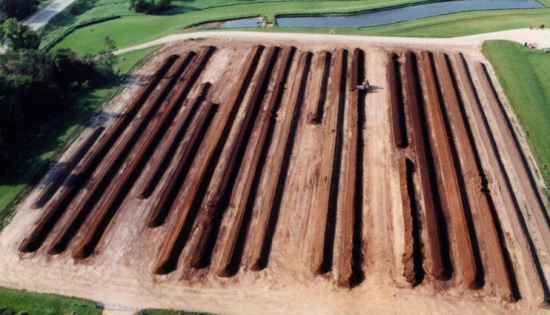 The Suståne compost facility is located central to family owned and operated turkey farms on a 40-acre site in southern Minnesota. This is the first and only one of its kind. It is a US Environmental Protection Agency licensed compost facility for the aerobic composting of turkey litter. 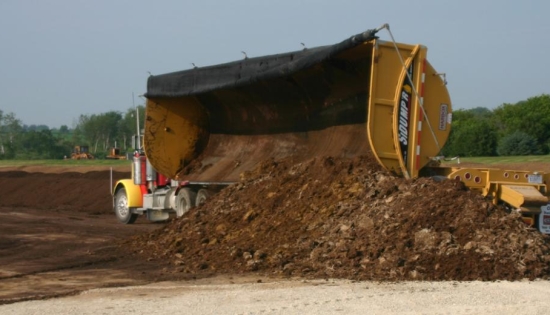 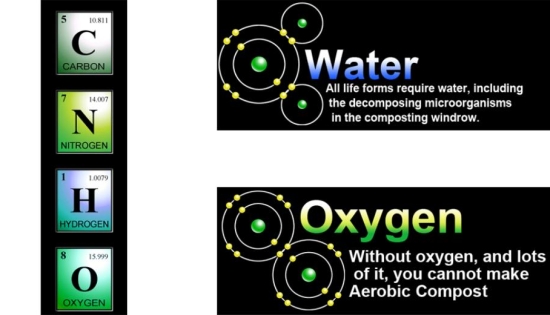 Carbon is the building block of all life forms Carbon + Nitrogen + Water + Oxygen. These are the basic components of Suståne compost. 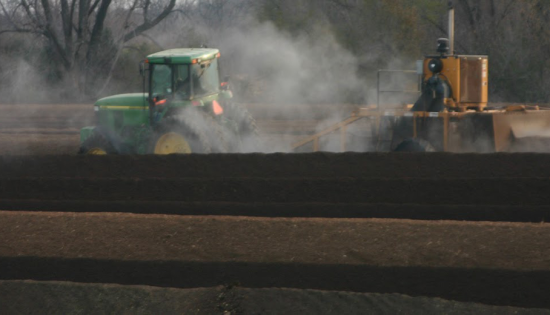 The turkey litter is composted for 26 weeks until the material is fully stabilized. During this time the material is turned (aerated) twice weekly to ensure the microbial populations in the rows have access to sufficient amounts of oxygen. 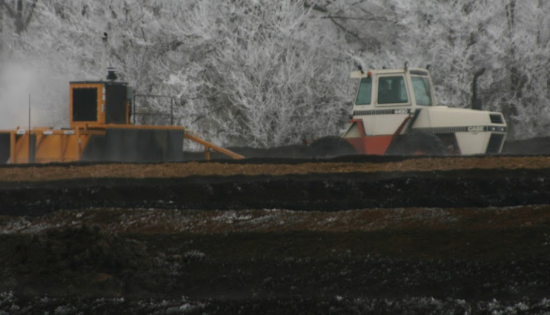 Water is added to the rows to ensure the proper moisture content is maintained during the composting process. 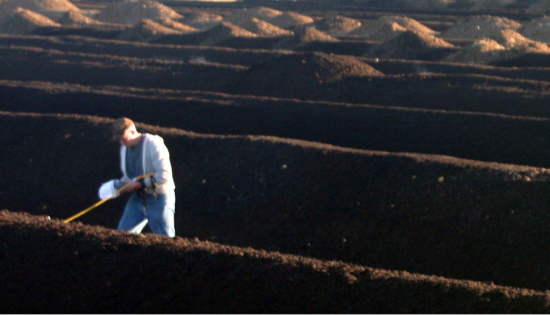 Temperatures are monitored weekly to verify that there is sufficient microbial activity for proper decomposition and pathogen destruction.

The Suståne site is constructed on an impermeable, compacted clay liner and engineered to capture 100% of all precipitation that may come in contact with the compost. Collected runoff is recycled back into the composting windrows as needed or it is agronomically applied to surrounding crop land managed by the facility and area farmers as a low nutrient fertilizer. The compost facility also maintains subsurface monitoring wells both up gradient and down gradient that are sampled and tested three times annually to assure the safety and purity of the region’s groundwater. This facility has served as a model site for recycling agricultural materials.

The turkey litter is converted to humus over a twenty-six week aerobic, thermophilic composting process. The litter is aerated twice each week so the rows have access to oxygen. Water is added to the rows to maintain the moisture content necessary for composting. The row temperatures are monitored weekly to ensure proper microbial activity to provide adequate decomposition, pathogen destruction and stabilization.

The Suståne composting process has been developed and practiced over 30 years and converts the organic matter must be in the stable form of humus. During this process Soluble nitrogen is converted into organic and slow release nitrogen. The nitrogen molecules are held by the bacterial biomass and after application to the soil are solubilized by soil microbial activity to plant available forms; feeding the plant as it is needed rather than too quickly, too late or not at all. It takes time oxygen, and water to transform nitrogen and organic matter (carbon) into Suståne fertilizer.